When Civo announced they were looking for Beta testers for their new managed Kubernetes offering I obviously jumped at the chance. Free compute - never turn that down! (Thanks Civo)

Civo have been running a beta for their offering, it’s called KUBE100, you can request to join here

It’s been great so far, there have been a few teething problems. They have all been resolved well, that’s the point of a Beta, and Civo have been managing the process really well through a community slack group that you get access to when you are accepted for the beta.

Everyone is having a blast, or at least it appears that way, so well done & thanks Civo!

Civo provide a cli to manage clusters (as well as their other services). It’s great, works well and is even packaged in a docker container for those of us who don’t have Ruby installed. With this it is easy to get the status of clusters, create new ones and even install marketplace apps. 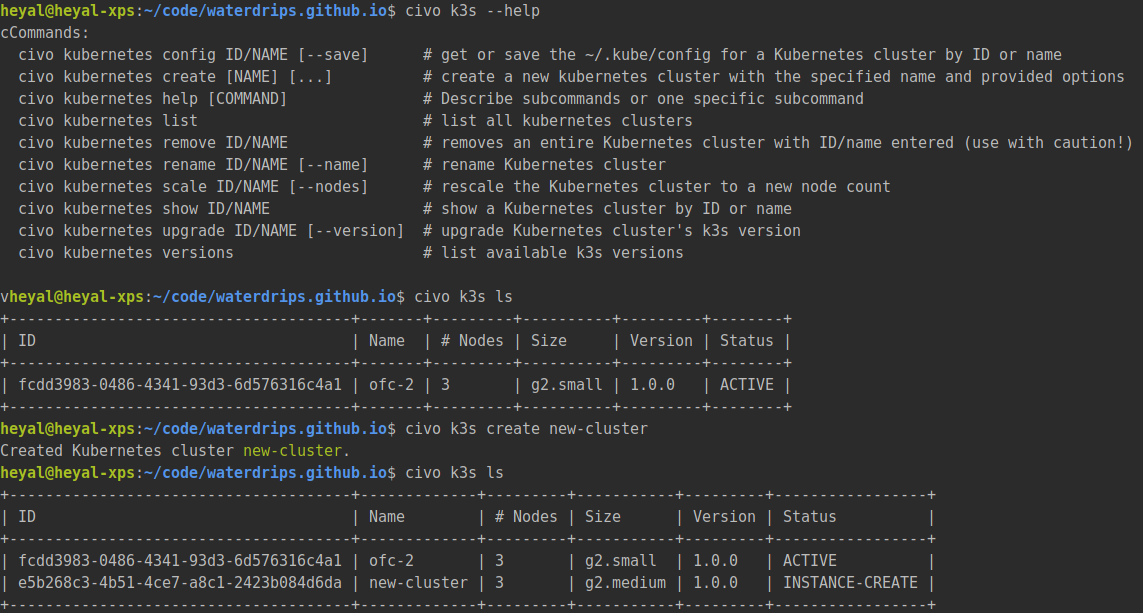 According to Rancher, who took Kubernetes and made it smaller, it’s a “Certified Kubernetes distribution built for IoT & Edge computing”. You can check out the k3s web page here for more information.

What does this actually mean though? Well, it is small, really small. The master node process runs in under 500mb ram, and worker nodes about 50mb. It’s packaged for ARM64 and ARMv7 (think Raspberry Pi) and you can easily build installation scripts (or tools) that can detect the CPU architecture. This allows you to spin up clusters on anything from your home raspberry pis to large bare-metal servers.

It’s fast. Civo can spin up a k3s cluster for you in under 2 minutes. We will explore more on this later.

Rancher do a better job at explaining all of the features and benefits in the docs. We won’t dwell on this much more here, there’s a lots of great resources on this already.

How is k3s different from k8s?

That’s a good question. Don’t immediately expect that you can deploy your application onto k3s without having to do some extra work. If you’re coming from a managed kubernetes service provided by one of the large cloud providers you get a lot of integrations out of the box.

Andy Jeffries, the Civo CTO wrote a good blog post on K8s vs k3s which is well worth a read if you have the time.

I mentioned the Civo slack earlier, which is great for asking questions about their k3s offering, but it has delivered much more than just a beta support channel to Civo. I have seen the group help each other out more times than I could count. Civo have done a great job of engaging the developers that have offered to beta test the service.

This makes sense, there’s a large section on their website about how they are community focused. This doesn’t always mean that companies with this attitude actually follow through on this and deliver their vision.

Civo have definitely focused on this, and you can tell.

The managed k3s service provided by Civo is great, here are my highlights:

OpenFaaS cloud is a self-hosted PaaS for serverless, with built in CI&CD, dashboards and Git Flow. Here are the main Features:

I have been contributing to OpenFaaS Cloud and needed a place to run, test and develop my new features. I used Civo’s service to deploy my changes when I implemented runtime logs in OpenFaaS Cloud, you can see them here 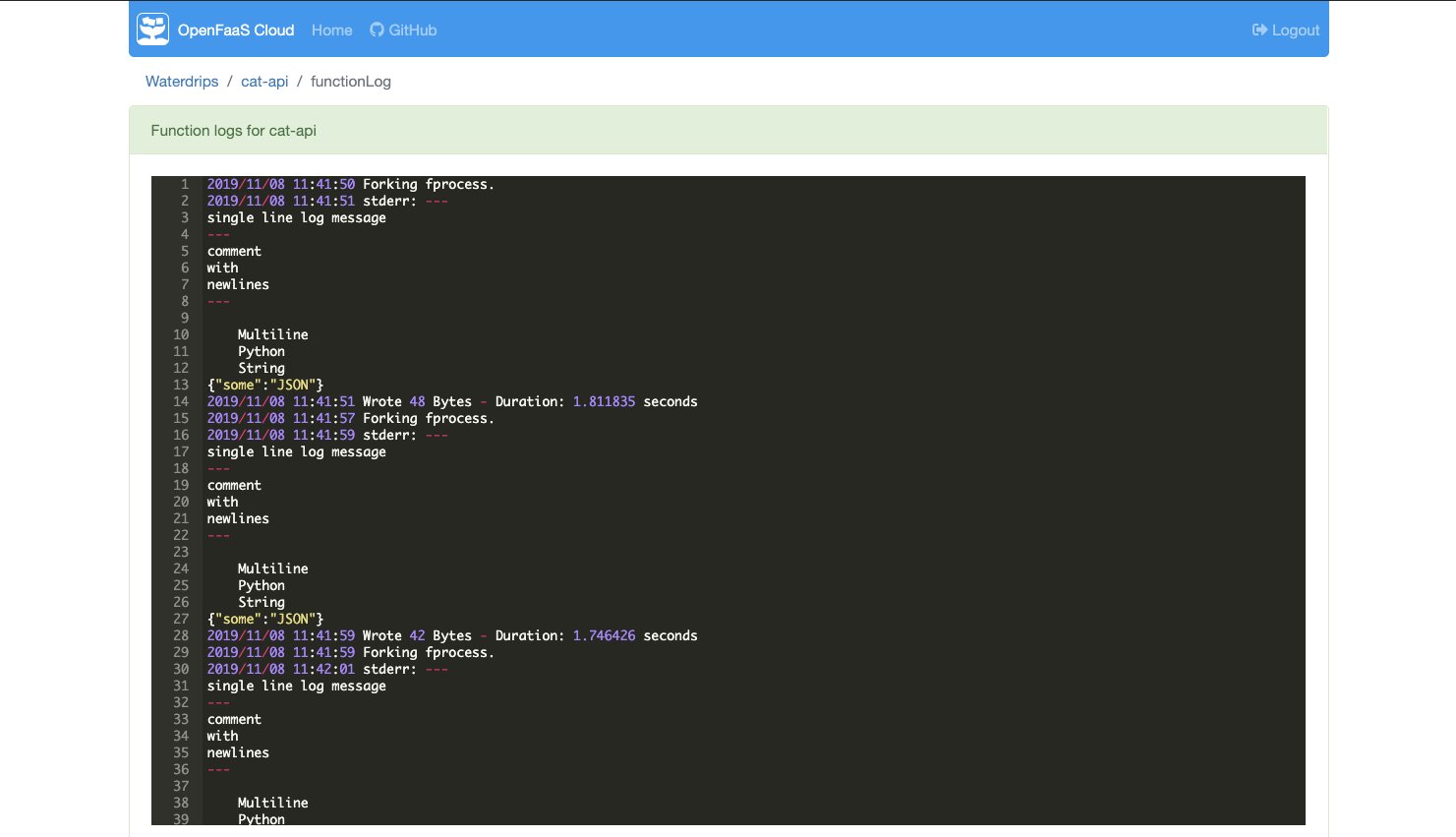 The dashboard is written in React, if anyone is interested in contributing you can join the OpenFaaS Slack here where you should be able to reach out in the #contributing channel. There’s also lots of Golang code involved, if you are more comfortable with that.

I contributed to their App installers

Their kubernetes app installers are open source. When someone on slack noticed that the postgres app wasn’t working I pulled down the github repository that contains the apps and committed a fix. This was swiftly merged and released to production, where several other people created clusters and verified that the app worked. 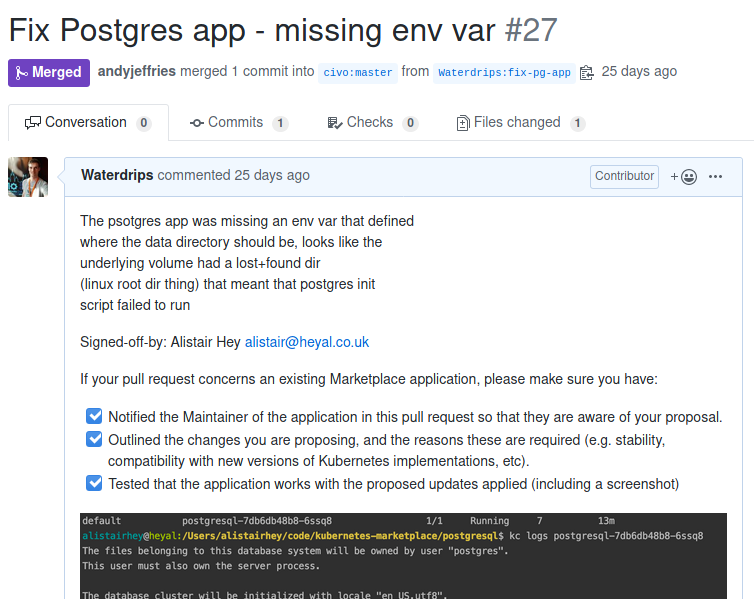 I didn’t write the initial implementation but it was easy enough to get involved and fix the issue. Thanks to the Civo team for getting it merged and released so quickly!

That issue Andy fixed while at Kubecon

There was an issue that seemed to be affecting my account’s ability to spin up new clusters. I mentioned that I was having problems on the Civo slack. I needed a cluster to deploy a new OpenFaaS Cloud installation that I was testing. I was deep in flow and wanted a cluster quickly, I turned to one of the other providers of managed kubernetes (who shall remain nameless).

Before that new cluster had finished building Andy from Civo had, from his chair at Kubecon, tracked down the issue, added code, tested his fix and deployed it into production. I was even able to spin up a new cluster and connect using kubectl before my backup cluster was ready. That’s fast… real fast. I owe Andy a drink for that. 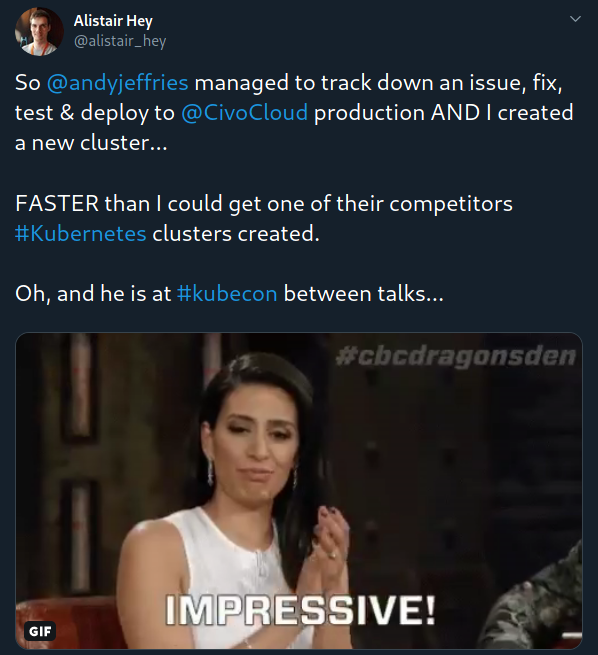 From where I sit, as a user, Civo have an amazing team. Everyone is helpful, knowledgeable and committed. They also have a great sense of humour, take the title image for this blog for example.

They got those cards printed for me and mailed them to me after the Kubecon fix. We were having a joke about a job title with as many of those toxic recruiter buzzword terms in them. They seem to have jammed a lot onto that small business card. Well done…

If a team are working together in this way then they can do great things! Good luck guys.

Civo, as I have mentioned, are smashing this community thing. Keep is up guys!

It’s great to see their engagement with the community. This is a great way for them to improve the state of Cloud Native, a space that is rapidly expanding and where they are providing some great content, resources and products.

Other cool k3s projects and tooling

It wouldn’t be right not to mention some of the other tools I’m finding really useful in this space.

If you want to quickly spin up k3s clusters on your own hardware you can use k3sup to quickly build clusters and install maintained by Alex Ellis and has contributions from loads of other people (including myself).

I can create a new k3s cluster with just 3 commands:

Then join the two workers:

arkade is a kubernetes app installer, it can use used to quickly install apps with a set of default config, maintained by Alex Ellis

Rancher love containers, and k3s is no exception. There is a tool called k3d that builds k3s clusters in docker containers. It’s great for testing out stuff, then deleting the clusters once you’re done. Quick, easy, no fuss.

I used k3d a lot. If you have not used it then give it a try!

I’m a Cloud Native consultant, get in touch to see if I can help you with migrating your project.

Don’t be a stranger! 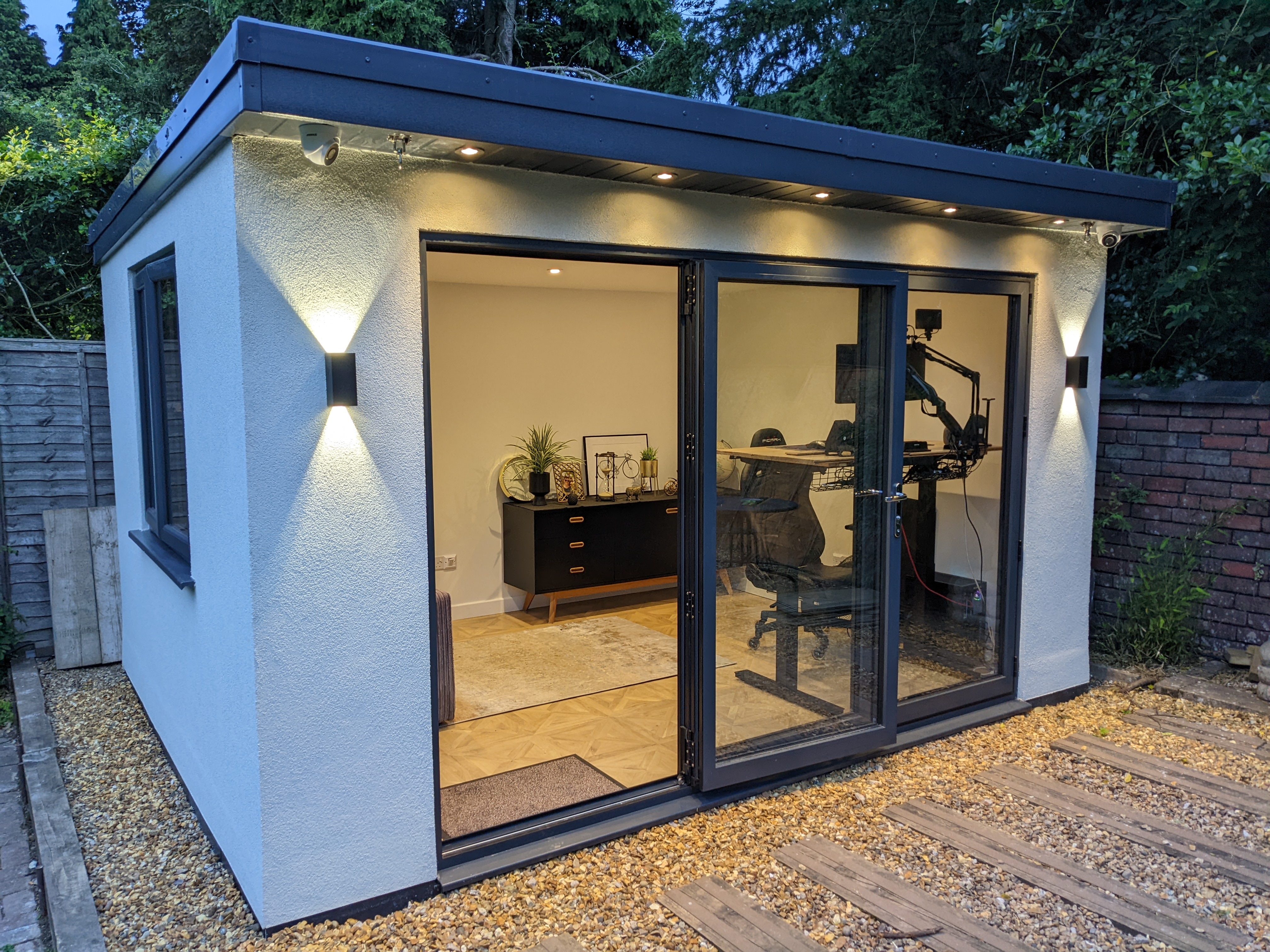 Build details for my home office 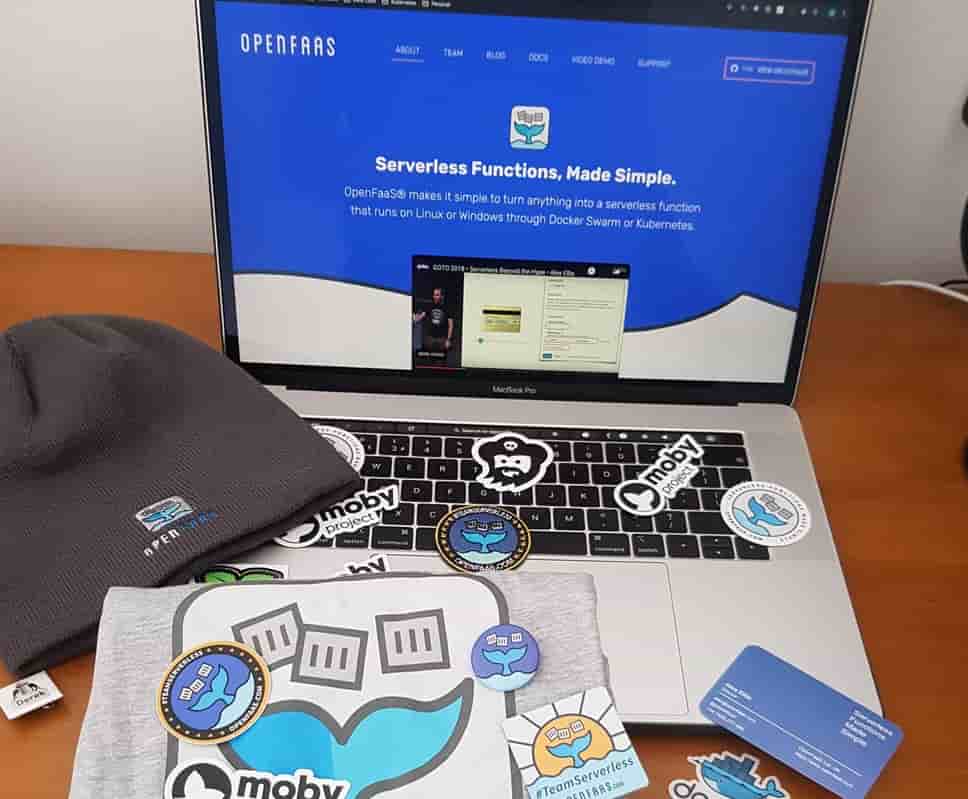 How To Get Started Contributing to OpenFaaS

Get started contributing to OpenFaaS 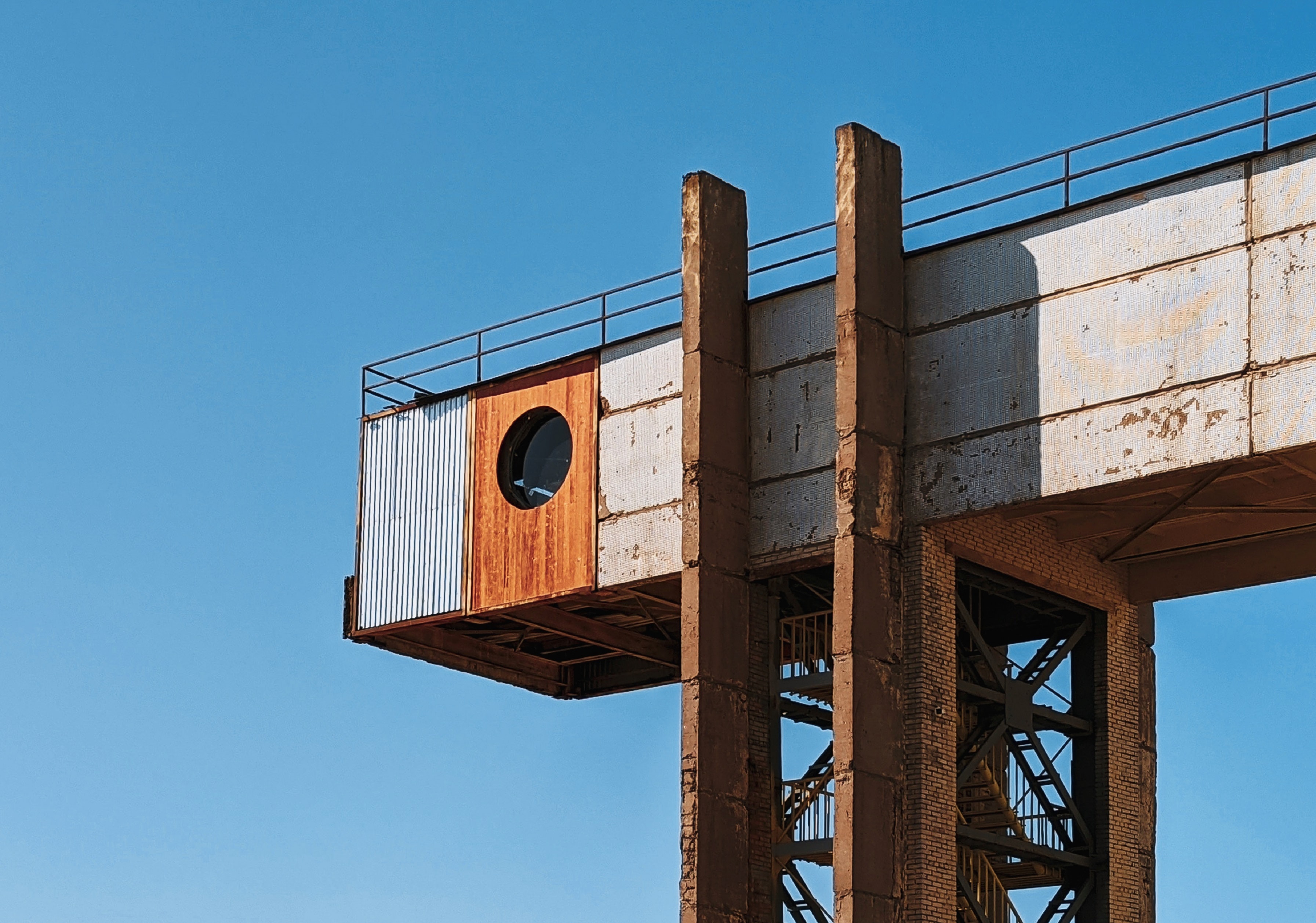 Installation and configuration of loft.sh with Flux