Every 2 months a group of us host a meetup focused on Docker, You can find the meetup page here

We also have a slack for questions, sharing ideas and getting help. This is how you join

Seeing as I have your attention

We are hosting February’s CNCF Birmingham meetup on Wednesday 5th Feb and whilst we haven’t finalised the speakers yet, it looks like it will be a good event! Hopefully we will see you there too. 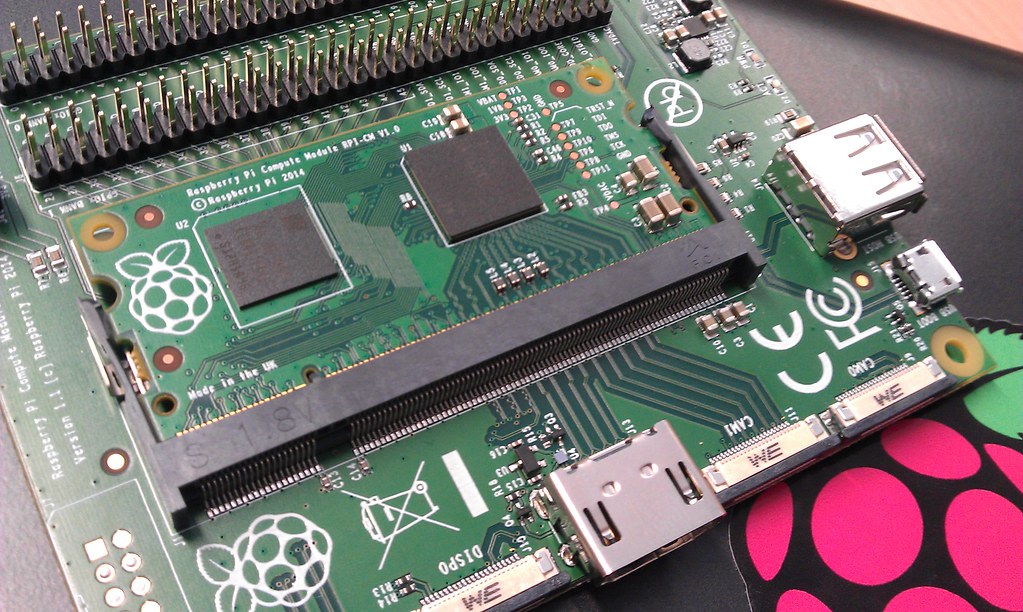 Matt had received a Jetson Nano by Nvidia over the holidays and wanted to get Elastic’s packetbeat set up on his home network to understand what data was flowing about.

When he went to run the docker container on his new kit it wouldn’t start, the process kept dying. If you have ever tried running containers on a Raspberry Pi, for example, you might have found that some containers just dont work, even though running the same command on your laptop, desktop or cloud instance works first time. This is most likely due to the different CPU instruction sets, and code has to be compiled differently for the different architectures.

Lets take the nginx container for example. If we look on Dockerhub at the latest tag we can see that it is published with multiple different images all pointing at the “latest” tag.

This is because the maintainers of nginx have built the image for these different architectures all of these are the same version, same source code, but they have produced different images (the digests are different).

The docker daemon basically does a “best effort” to go off to your registry, finds the image you want and matches it to your specific CPU architecture. So in my case it went off and found this image

If you were running the same command on a Pi, you would have got a different image. The one published for the specific ARM cpu in your Pi. This image would (well, should) be functionally equivalent to the image pulled by an amd64 computer.

How can we build these images?

One common way to support multiple architectures when using docker containers is to publish images with different names depending on which architecture they are targeting, this is a decent approach if you are using a language which you can compile, using flags or settings, to create a binary that is specifically tied to one platform. The language I use that does this is Go. You give it some flags and can build for a whole host of OS and CPU types.

Matt introduced us to an experimental feature in docker called buildx which, through the docker cli, provides full access to the features of Moby Buildkit.

Matt then showed us how, using Docker for Mac, you can enable this experimental feature and use it to create build environments for a selection of supported architectures. This is provided through the use of an emulator called QEMU.

This emulator provides the environments for buildkit to build these different images, all under the same tag, rather than the first example where we create different image names or tags.

I’m not going to show you how to enable buildx, that’s a bit out of scope for this post. We will explore how it can be used though.

If we wanted to build this snippet of Go code, which uses the GOOS and GOARCH values, which are set at compile time, to print out the cpu arch and OS we used to compile we could use the commands below.

To build this using the buildx feature

Matt did this live, and pushed the following to Dockerhub 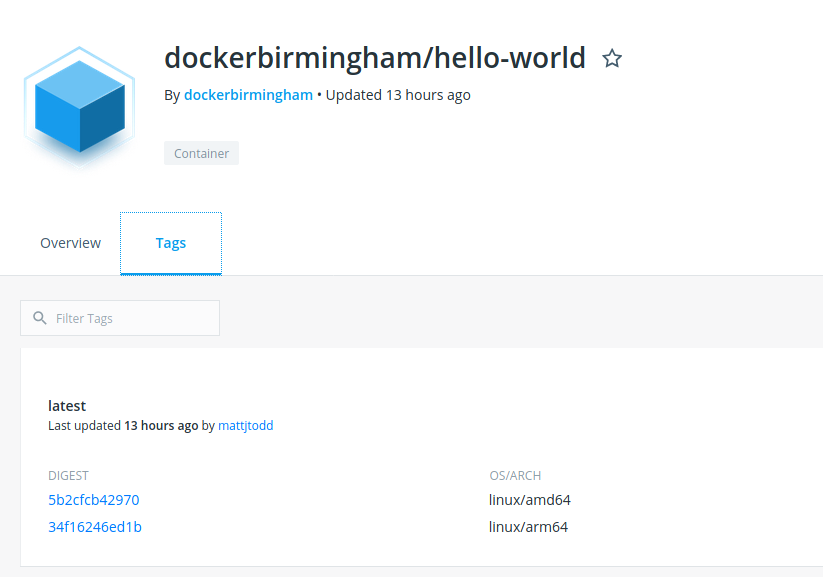 If you ran docker run --rm dockerbirmingham/hello-world:latest on your arm64 computer, you should see it pulled the arm64 image, and amd64 should have pulled on an amd64 computer!

That’s quite neat. It should allow projects building for multiple architectures to build container images more quickly and with easier use. It’s annoying to have to keep 2 or 3 copies of docker-compose files, or helm charts just because we pushed images with different names, or tags, for these differences.

Let’s just hope it makes it into stable, and is well supported on linux (docker for Windows & Mac have it packaged in the VM they use to run docker). Matt said it was a bit harder to use on Linux because docker runs natively rather than in that VM.

Matt will be publishing his slides and dockerfiles etc. here so you can run through them for yourself.

How to unit-test your helm charts with Golang

Exploring NAT Traversal and Tunnels with Inlets and Inlets Pro

Give anything a public IP with inlets and inlets pro

OpenFaaS, what's it all about?

Exploring serverless on Kubernetes. To roll your own or not?